This CD is a collection of unreleased tracks that were written around the same time as the footage on the DVD.  Stack was coming into his own as a rapper at this time and Cau2g$ was established as Far Rock’s finest.  A lot of the raps they were writing in 2001 would end up being recorded with their first group, S5, in 2002 and 2003.  There are seven S5 tracks on the CD including all of the members (Stack Bundles, Cau2g$, Bynoe, Mike Millz) with the exception of Bishop, who got locked up and never had the opportunity to record with the group.
There are also three Stack Bundles tracks and two Cau2g$ tracks, never heard before, included on the disc.  All of the music on the CD is consistent with the time period.  Listen closely and spot some verses from the DVD on the CD.  And make sure to watch the DVD to hear stories about some of these songs being created. 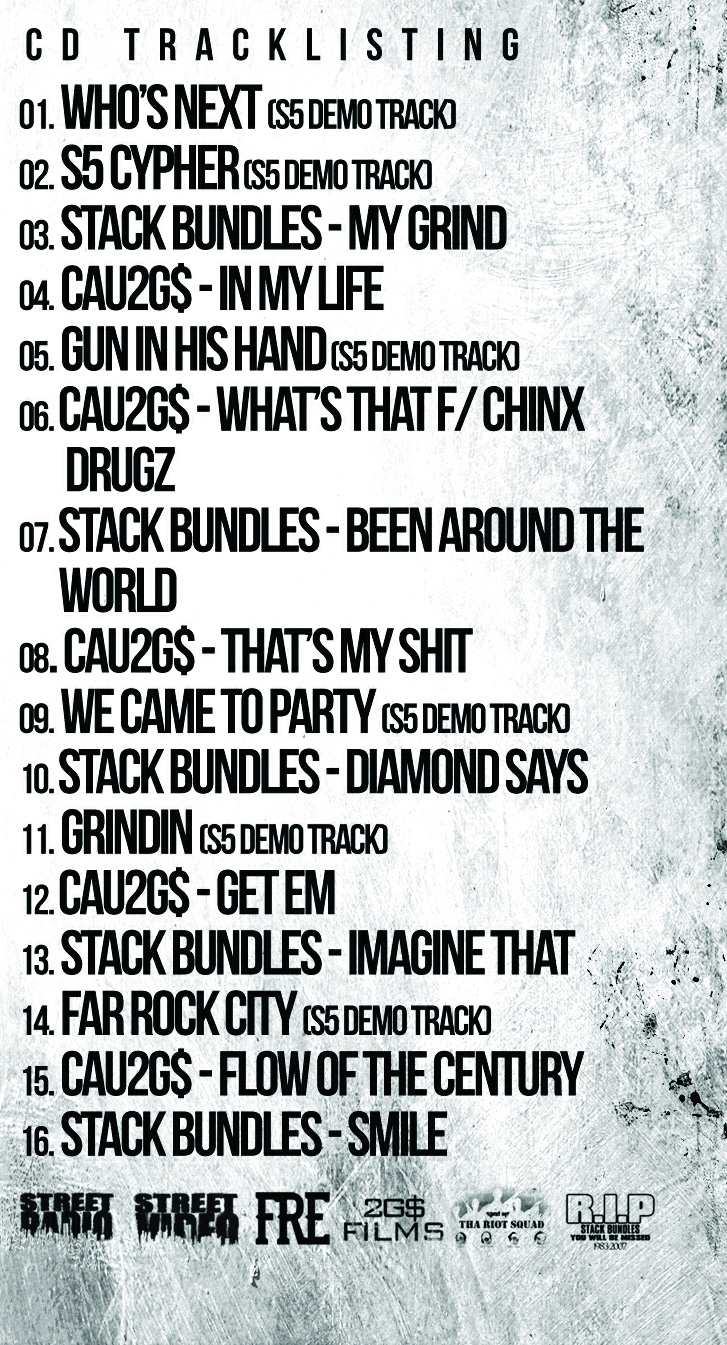 More exclusive music not included on the CD: