This DVD is based on raw footage of Riot Squad members Stack Bundles and Cau2g$ performing unseen and unheard freestyles and songs from March 3, 2001.  It is a rare glimpse at the very early days of their careers.

Cau2g$ was a few years older than Stack and was known as one of the best rappers in Far Rockaway.  They grew up together in Redfern Housing Projects, where a young Stack, Rayquon, was a dancer and Cau2g$, Brian, was a rapper.  When Cau was sent upstate for a couple years, Stack was in high school and slowly turned his attention from dancing to rapping.  By the time Cau came home, the neighborhood was buzzing that Rayquon turned rapper and now went by the name of Stack Bundles.  The reigning champ of Far Rock and the new upcomer immediately clicked and began making music together.  They would go on to create the group S5, which later evolved into the infamous Riot Squad.
________ 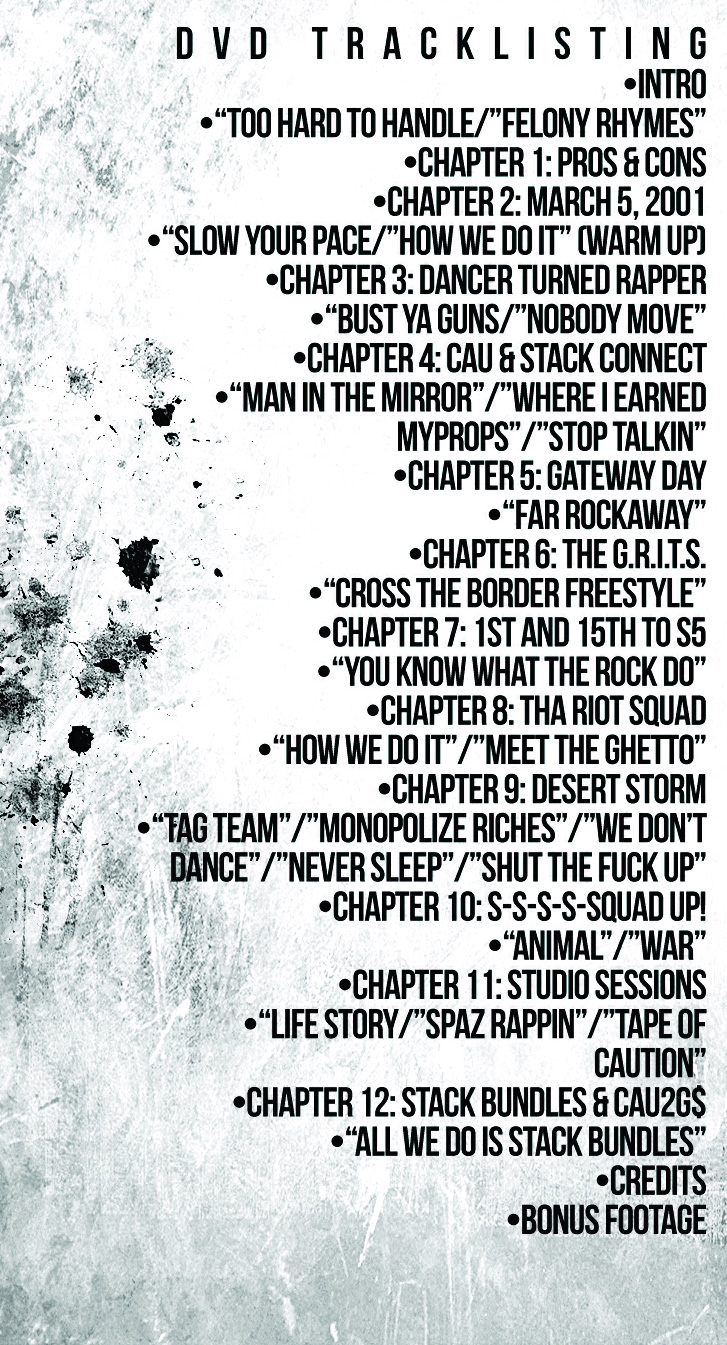 This footage captures the time period right before Stack got his first deal and lived with Lupe Fiasco.  At this point, Stack had no more than a handful of really longs raps, which you can hear his friends talk about on the DVD.  A few of Stack’s original “4 long ass raps” are performed on this DVD as well.  Cau2g$ has endless bars of his own, but also performs a few songs he had recently written with his new rap partner Stack Bundles.
Stack mentions on the DVD that, “Stack Bundles & Cau2g$ album is coming man.  It’s called the Pros & Cons.  It’s coming.”  And now it’s finally here.

In between chapters of raw footage, you will find the history of Stack Bundles, Cau2g$, and the Riot Squad being told by their best friends, group members, and DJs.  They tell the story of:

***  Stay tuned to ProsandConsDVD.com to see exclusive clips and interviews not included on the DVD. ***